This was originally posted on DaWanda's Developer's Blog "Code O'Clock" and co-authored with Yonatan.

Conference days can be magical! 🦄 🌈✨ If a conference is organised well, you float from talk to talk on a fluffy pink cloud , gather new knowledge, inspiration and friends along the way. Soon, your mind starts to wander and your fingers start to itch — you cannot wait to try out the new things you’ve just learnt. At the same time, your heart starts to swell. You realise that you are part of a fantastic community, and all you want to do is to give back as much as you can.

This year’s European Ruby Konference took place in the historic city of Budapest, Hungary (the first one took place 14 years ago in Karlsruhe, Germany, hence the “Conference”.gsub!(‘C’, ‘K’)). Around 700 people attended this year’s single tracked conference, making it one of the largest EuRuKo’s thus far!

Several of us from DaWanda rented a beautiful old Budapesti flat, close to the conference venue, and spent three days attending talks by a very diverse speaker lineup, tasting Hungarian food and strolling (at some point, biking 🚲) through the historic district. The Ruby community in general is a very inclusive community, with emphasis on diversity and developer happiness. This was reflected in the great mix of community centric talks (empathy, mental health, care for juniors) and more technical talks (algorithm disaster story💥, GraphQL, Ruby 3.0).

We each highlighted a couple of our favourite talks:

My favourite technical talk by Katarzyna Turbiasz-Bugała, was about relevant search algorithms and internationalisation. Slides can be found here. Erik Sasha Romijn talked about empathy for non technical users, as well as within developer community. Giving empathy alone is not enough, it also needs to be received for it be meaningful.

I enjoyed Charles Nutter’s JRuby talk a lot. I never tried JRuby myself and was initially not very excited about the topic. However, Nutter is a great storyteller. He started with a very light and fun introduction to JRuby’s history, and moved on to an in-depth technical update about the upcoming plans, which was very interesting. The talk by Netto Farah about GraphQL made my eyes shine. Mainly because one of my 1st project at DaWanda was about building a prototype with GraphQL. Farah’s talk was very beginner’s friendly, but he also talked about problems and insights of GraphQL on production.

Besides getting inspired by the great lineup of talks, we mostly enjoyed the time we were able to spent with each other — bonding, meeting former colleagues and making new friends.

DaWanda’s developers are very active in Berlin’s lovely Ruby and tech community — many of us teach at Rails Girls Berlin workshops, we host the RUG::B regularly and DaWanda has been a sponsor of Rails Girls Berlin, Rails Girls Summer of Code, Girls Day and AlterConf. That is why when two of our devs - Alex and Yonatan decided to pitch Berlin for hosting the next EuRuKo, we thought that it’s a great idea and were definitely up for the challenge and opportunity.

But we are very happy for our friends in Vienna, who in the end won the pitch, and we are looking forward to see everyone again in a year! 💎 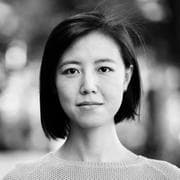